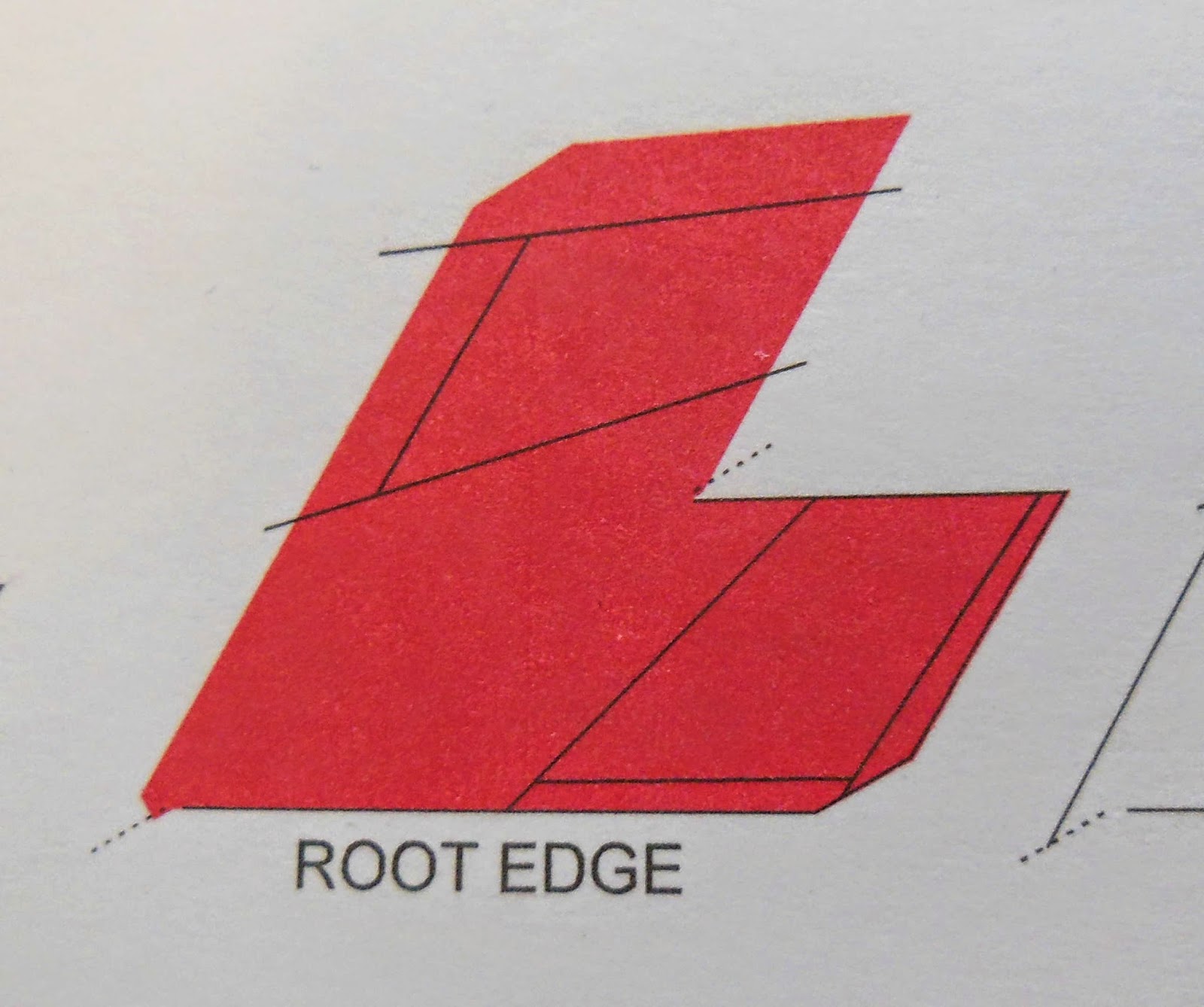 Before cutting, study the fin at the right.

Look for the small dashed lines near the middle. After folding this will be the rounded leading edge.

Note the upper side of the fin is slightly larger than the lower side. This is to insure full red ink coverage on the larger side after the fin is cut out.

After folding and gluing the fin will be cut out through all three layers on the ROOT EDGE side.

First, score the dashed line using something blunt like the tip of the butter knife shown in the inset picture. 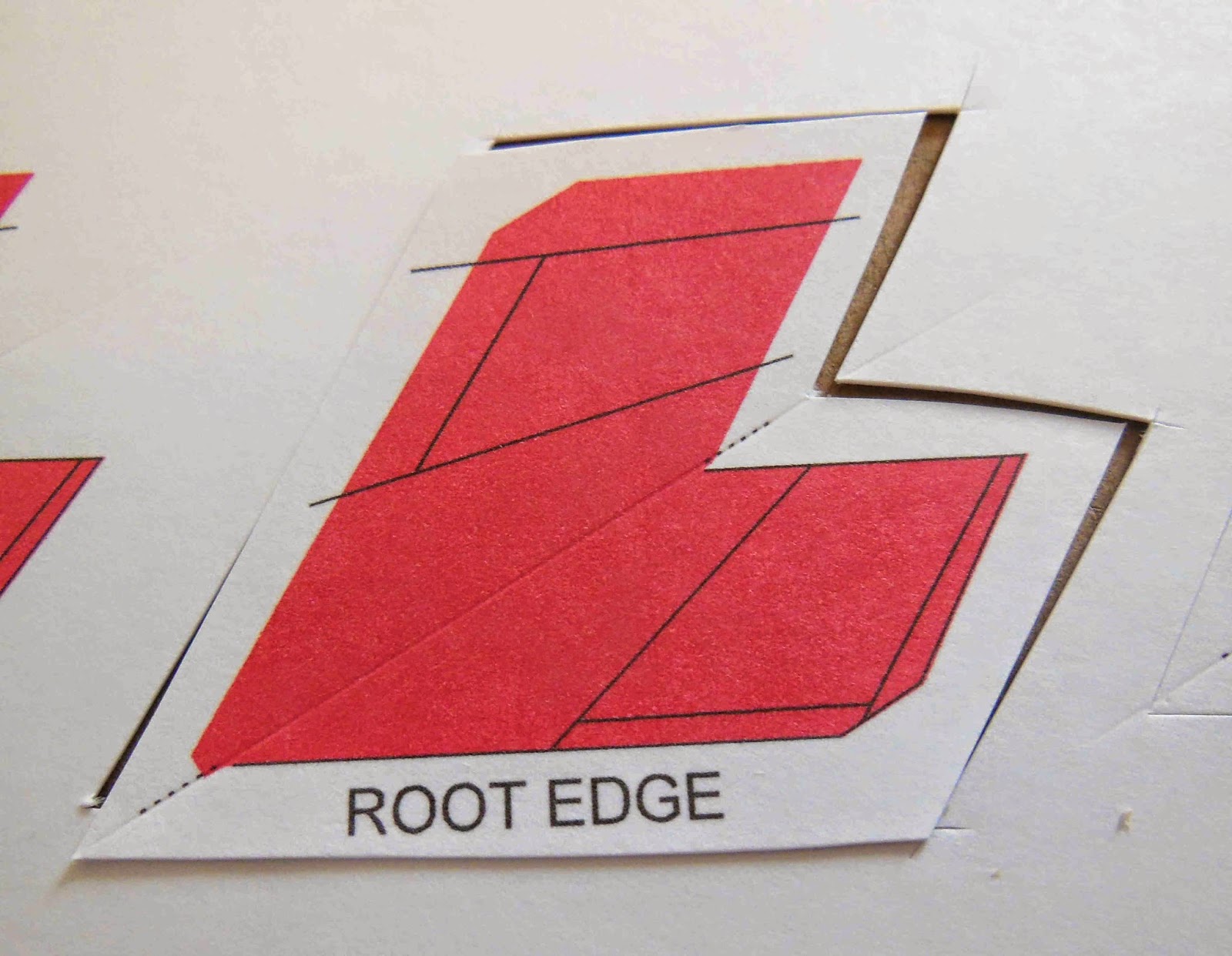 Cut out the fins outside of the edges. 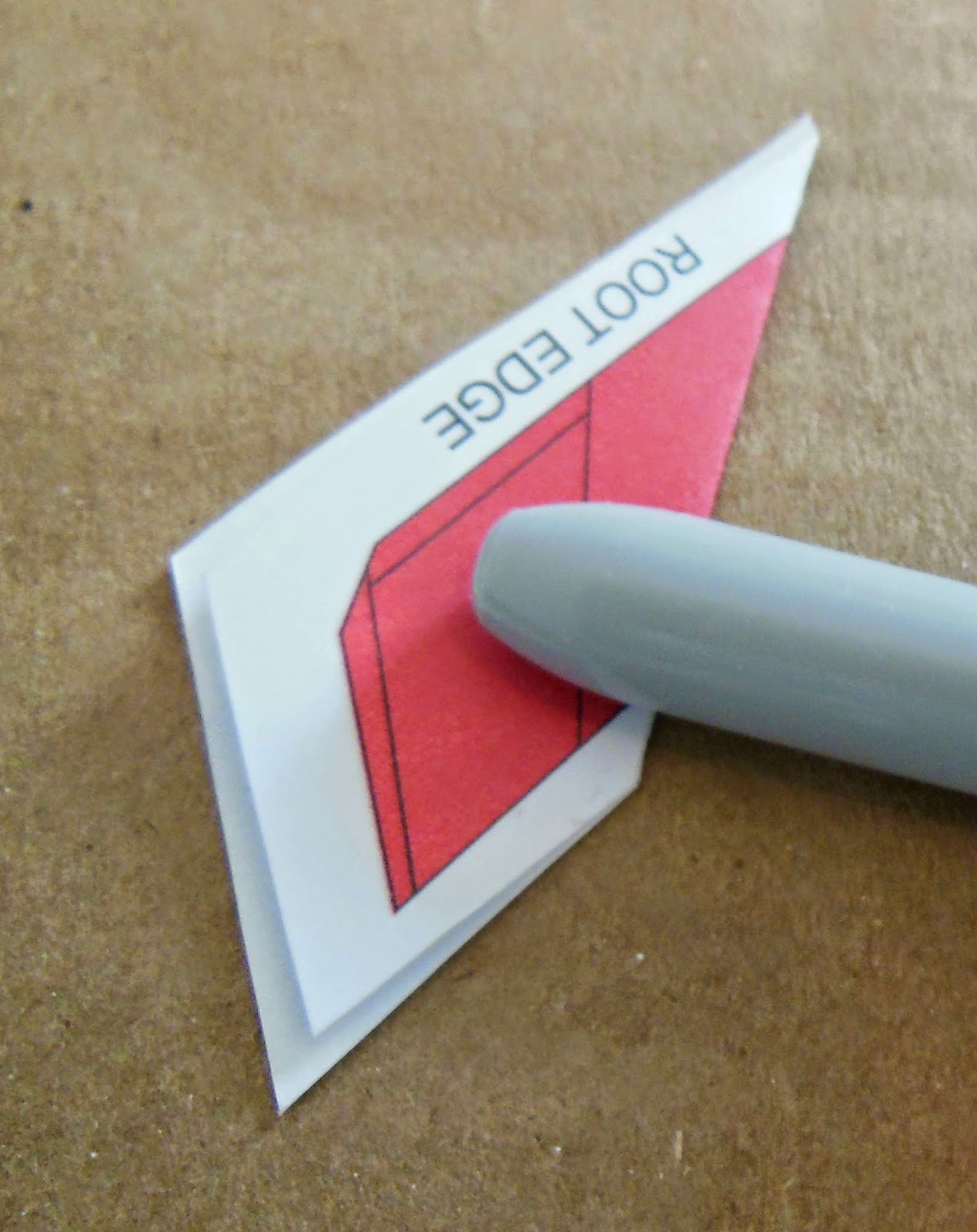 First fold gently by hand then use your burnished to make a sharper crease down the embossed line.
This fold doesn't have to be razor sharp!
It should end up being a rounded edge.
Posted by Chris Michielssen at 12:42 AM