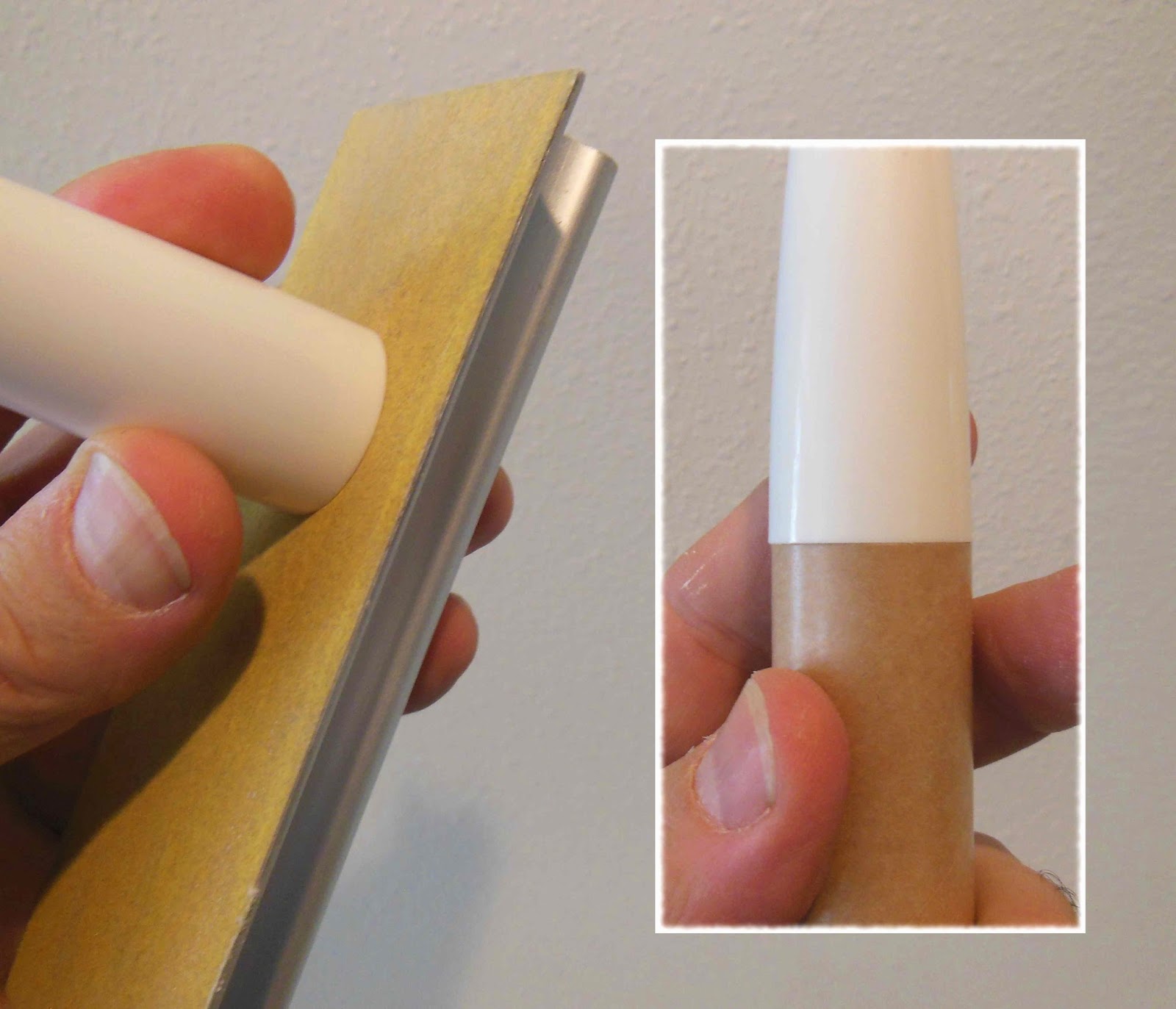 Apply plastic glue and set the shoulder in place.
Before the glue dries, slide the nose cone into the body tube  and turn against the body tube to be sure it is square. 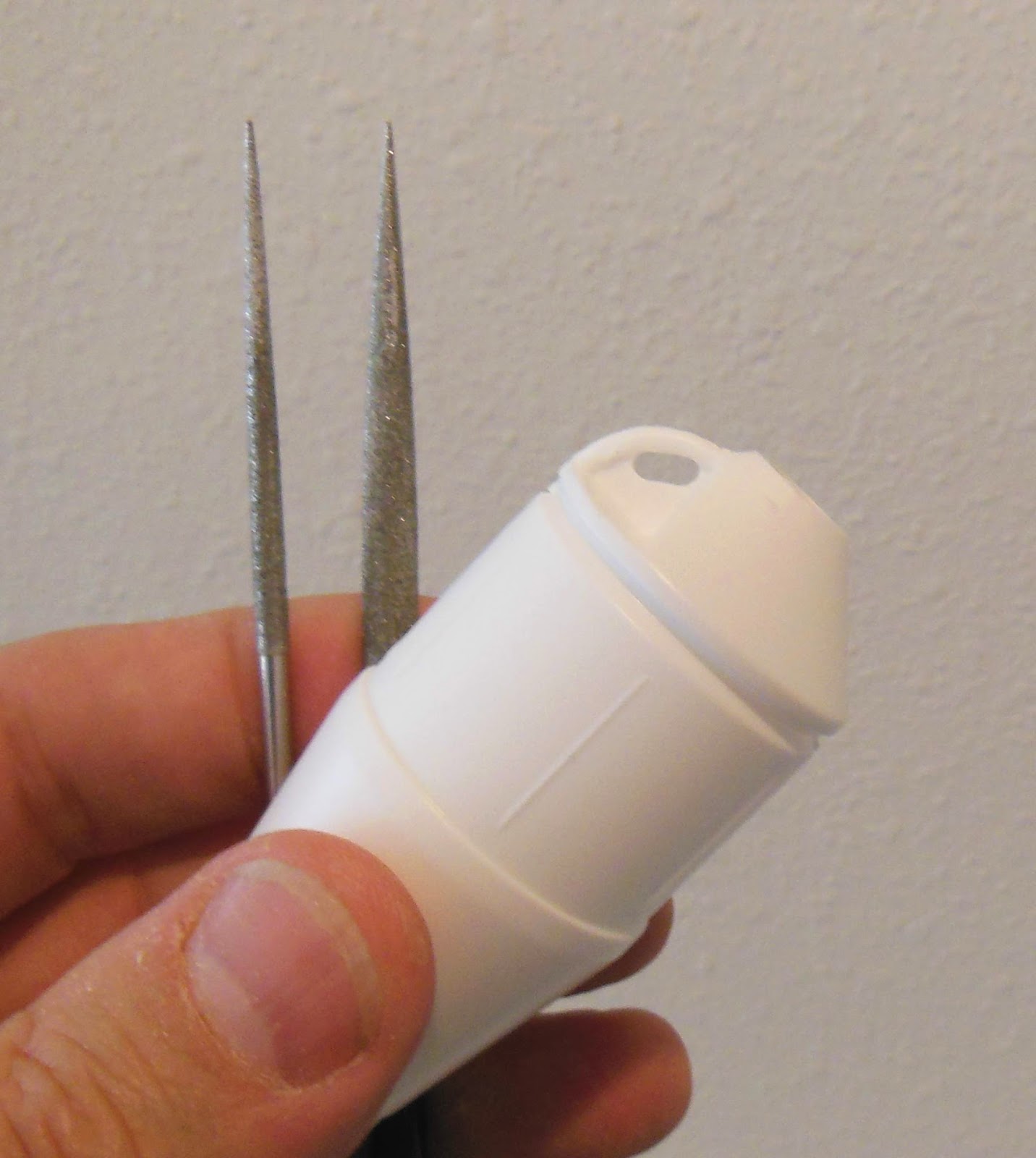 I didn't cut out the entire recess in the attachment lug.
Files were used so the ends would be round.

If you were to cut the corners with a knife you risk cutting through the attachment lug.
TIP: The rounded sides are also less wear on the shock cord.

There are closed shoulders on both sides of the 50/55 adapter.
TIP: For a larger payload section the small end of the adapter shoulder was cut off with a razor saw.
This opens up the top of the adapter and gives you enough room for an altimeter.
I could also run the shock cord through the base of the adapter and through the payload tube and tie onto the nose cone lug.
This would tie the nose cone to the body (no chance of losing it at ejection) and you can tie the altimeter onto a loop in the shock cord.
The model will still break below the adapter at ejection.
Posted by Chris Michielssen at 6:49 AM