From a 2005 post by "A Fish Named Wallyum" on YORF -
Here's some background on Vern Estes and the original Big Bertha.

"Vern built this rocket to use at demonstration launches. It proved to be so popular that they later made it a free plan and then a kit. It became the largest selling rocket Estes ever made. I believe it is now also the "oldest" kit still made." 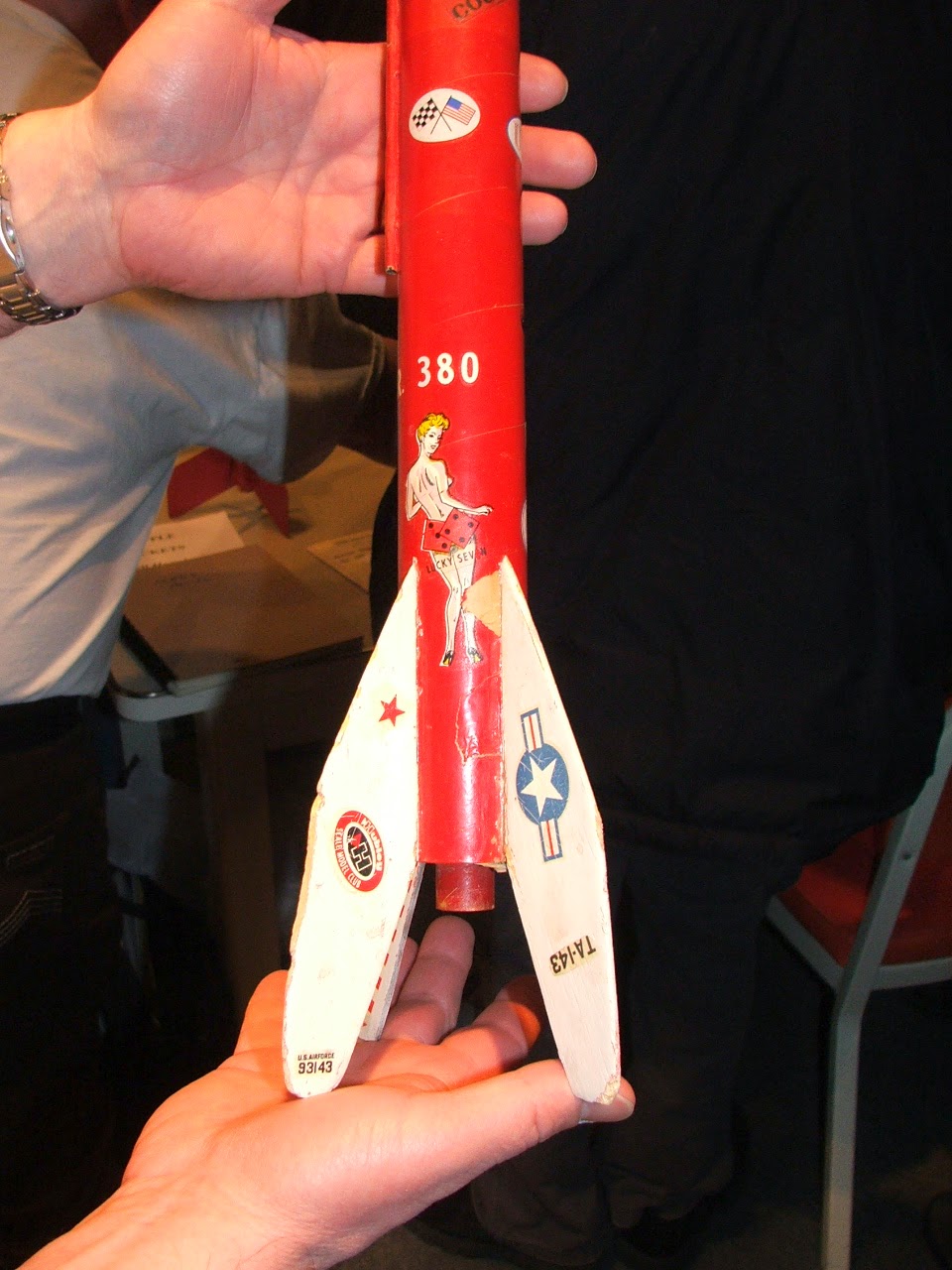 In a recent post Bernard Cawley added:
"It, along with many other things that Vern and Gleda have kept or collected, will be housed by the Museum of Flight in Seattle. The Stine archive is already there.

Actually the first Big Bertha may get to the MoF sooner. It sounded like, from what Vern said last night at the NARAM-56 banquet, that it might be as soon as this year. The beginnings of the MoF's model rocketry exhibit is set to be opened around Thanksgiving this year. It will be located in the Space Gallery alongside the shuttle full fuselage trainer."

I like the "Lucky Seven decal and the well worn rounded fins!

Photo at left by Bernard Cawley, picture at right by Bill Eichelberger
Posted by Chris Michielssen at 9:22 AM