The model sat for a month until I put in another order of decal sheets.
This time my ordered included "white" decals. These are meant for decals that need a white undercoat or border. I thought these would be much thinner than the clear sheets I sprayed with white paint.
They were - almost too thin.
The decal sheet did get three coats of Krylon clear.

Down the main body of the rocket there is a white vertical band around 3/8" wide.

These stripes were cut down the long 11" side of the sheet, still too small  for the length of the body tube.
The second piece was carefully matched up.
I tried to plan ahead, the seam will be covered by the Canada flag decal. 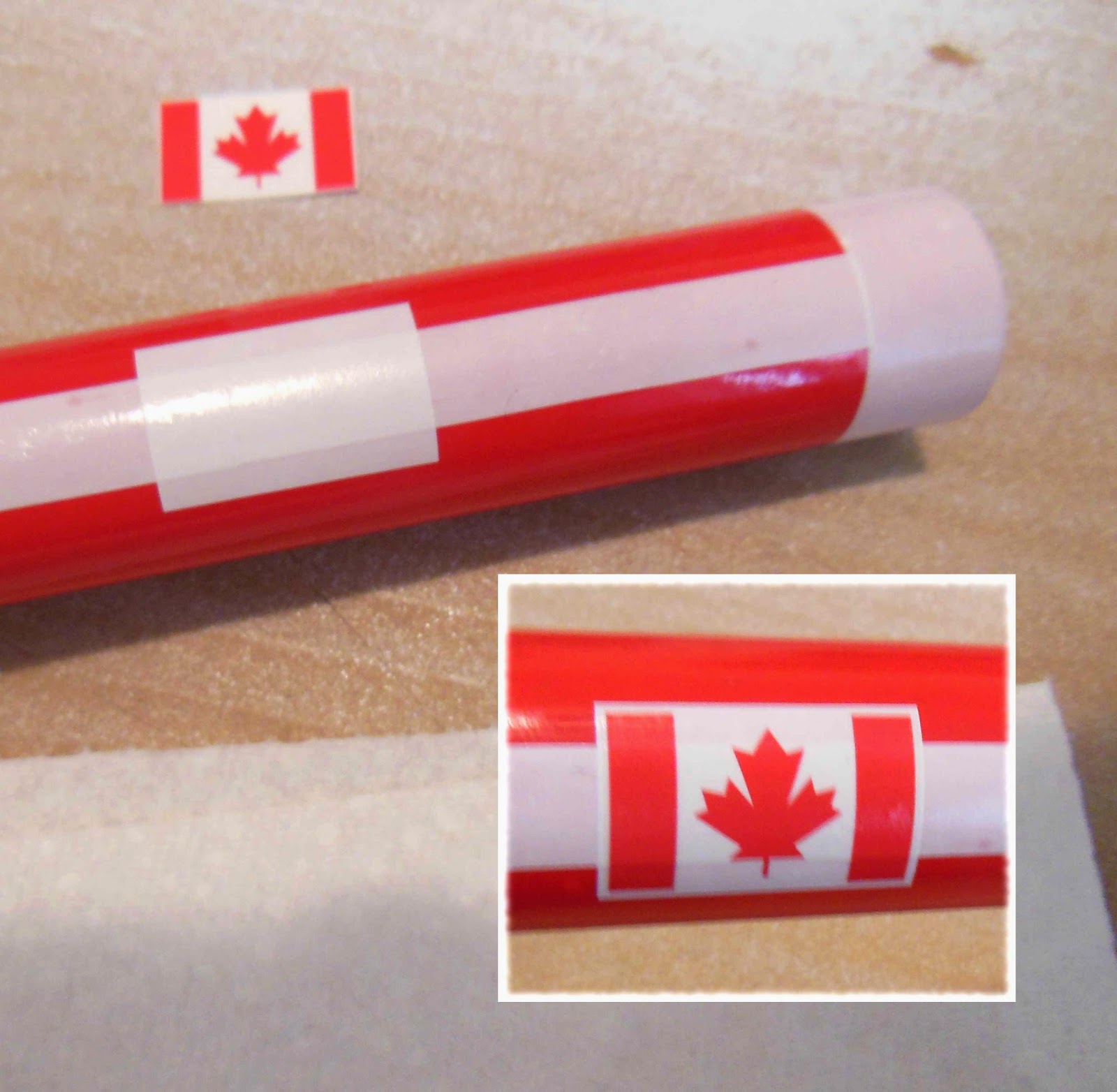 The Canada flag decal gets a slight white border.
More white was cut, just a bit larger than the flag.

The white box was set down first followed by the red flag.

Mentioned earlier, the decals are a bit translucent over the red body.
I probably could have done two layers of white, making it opaque.
I was concerned about it being three layers and ending up too thick.
Posted by Chris Michielssen at 9:45 AM