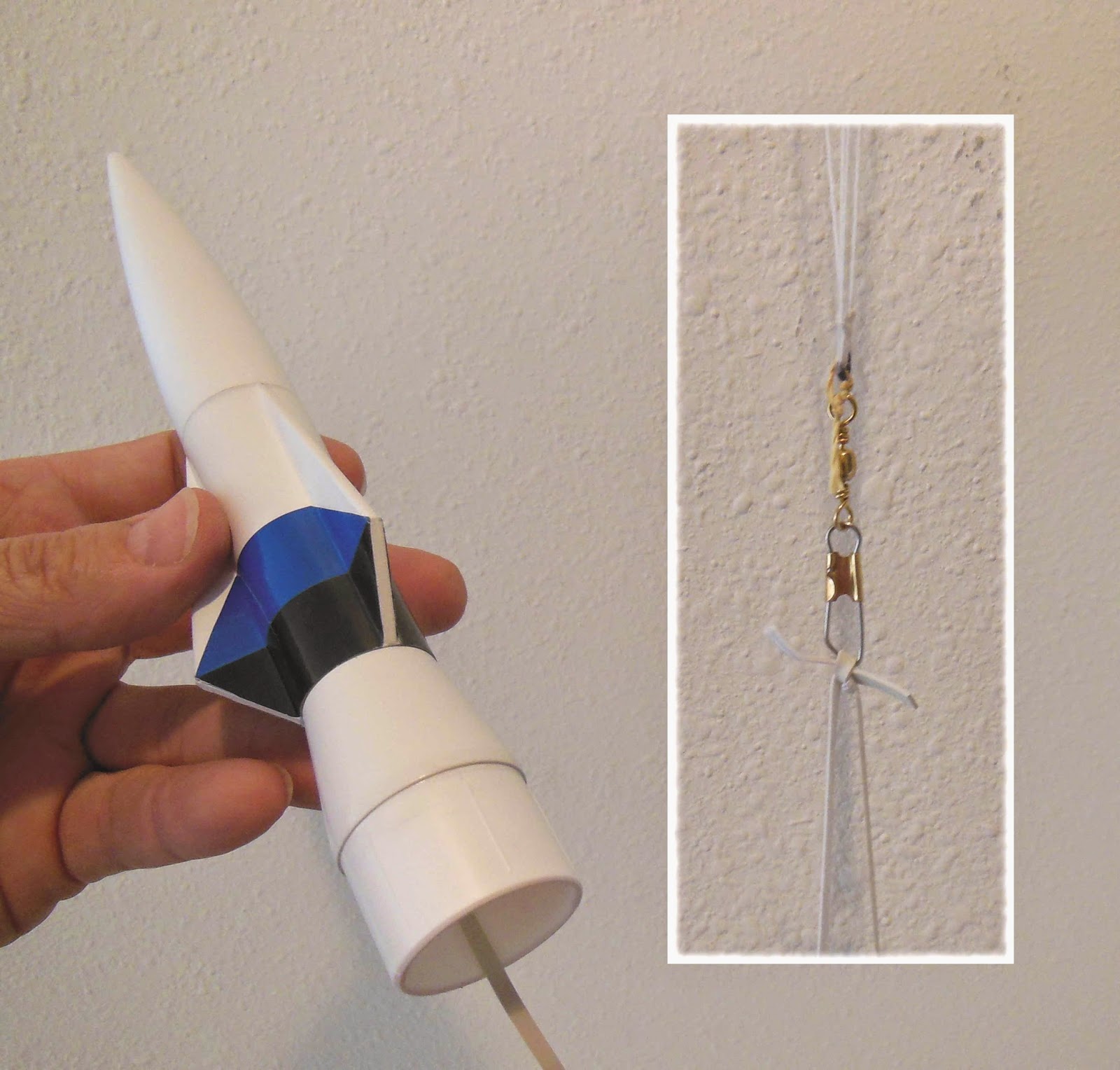 I built two Guardians, one was normal with the closed adapter and small payload section.

The upper section of the second Guardian is shown at the left.
The base was removed from the adapter. This gave me a functioning larger payload section, something I could fit an altimeter in.
The regular Guardian payload section is too small. Tying the shock cord through to the nose cone gave me extra inside length. The shock cord goes through the bottom of the adapter and ties to the attachment lug on the nose cone base.

I did tie more elastic onto the shock cord.
Inset picture: The latch on the parachute snap swivel was slipped through the knot joining the two pieces of shock cord.
The model will still break apart right below the adapter base.
Posted by Chris Michielssen at 12:21 AM