I found the instructions and fins at Old Rocket Plans HERE 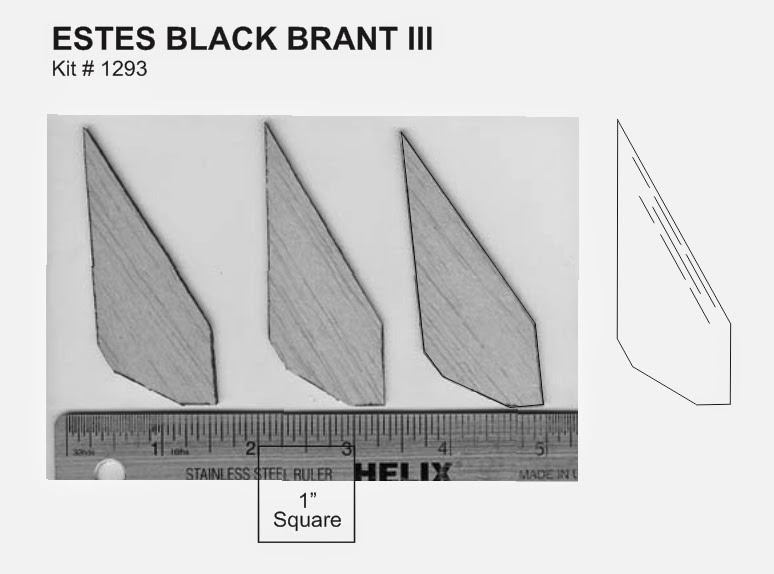 Buzz McDermott submitted the plans and placed a ruler reference below the fins.
TIP: If you ever submit plans to a website, place a ruler in the picture for size reference.

The fin picture was copied and dropped into Corel Draw.
I drew a 1" square box and matched the ruler in the picture to the 1" span.
A fin outline was traced.
To be sure I was tracing the fin outline and not just a shadow, the original tracing was set on the two other fins. Small adjustments were made, the final fin drawing is on the right. 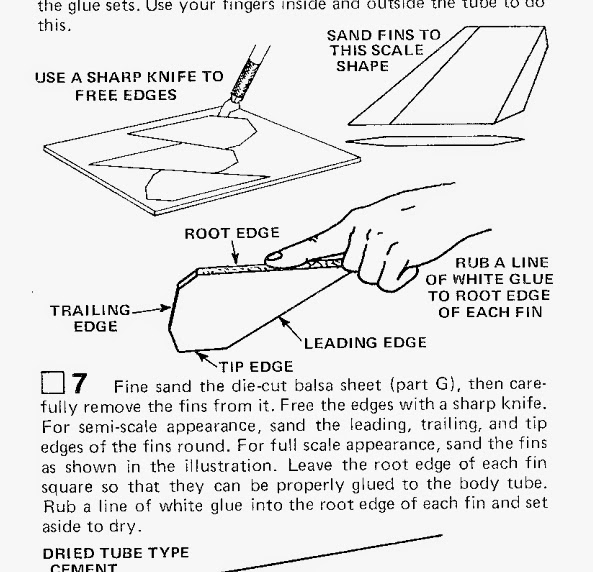 I had assumed the kit fins were 3/32" thick but JeffyJeep went with 1/16" thick basswood.
Page 344 of Peter Alway's Rockets Of The World shows the Black Brant fins being thin so the 1/16" thickness was probably included in the Estes kit.
As shown in the upper right, the fins will get the scale taper so basswood will be used instead of balsa for strength.

Posted by Chris Michielssen at 12:09 AM