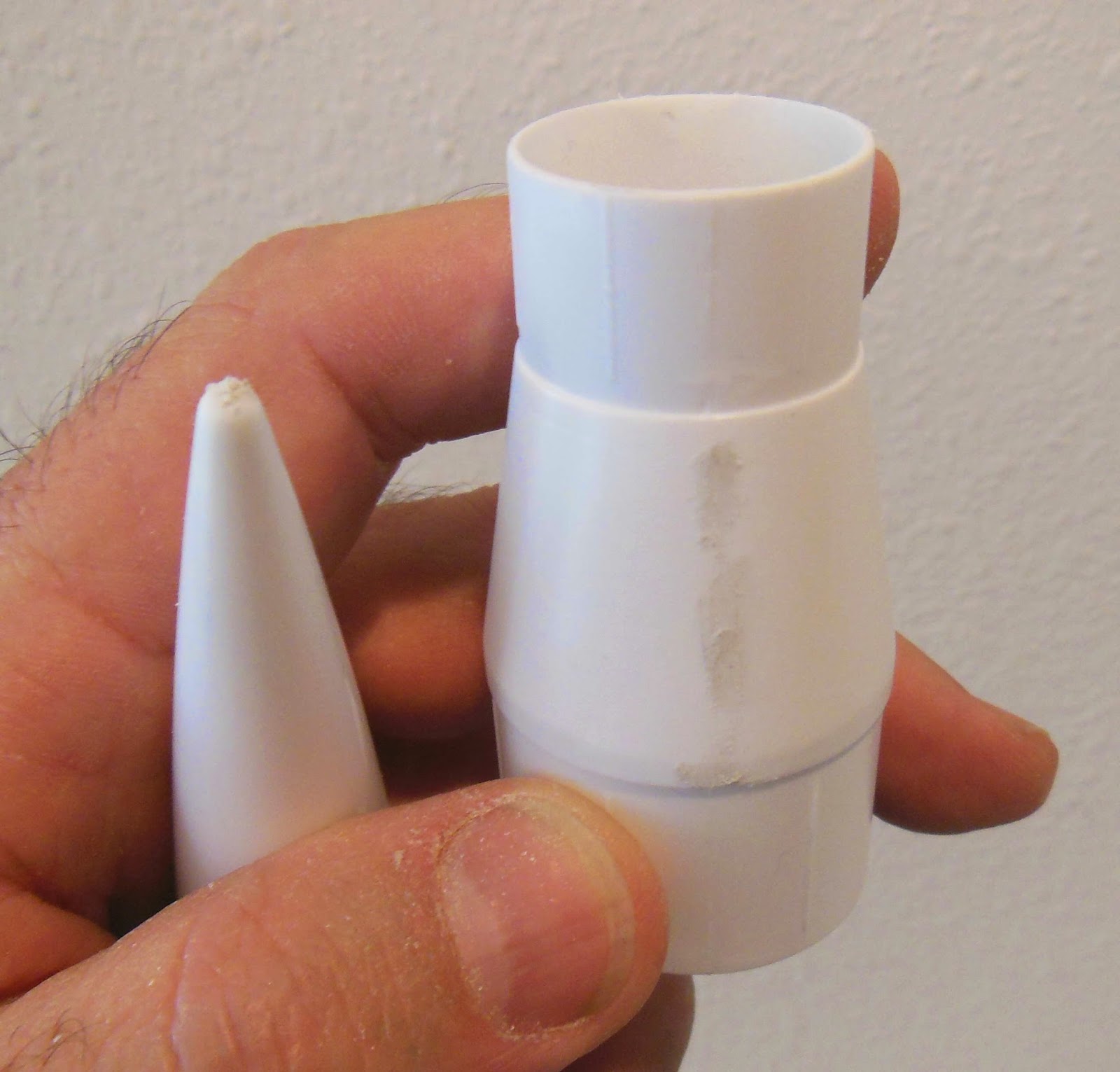 After sanding down the molding seams on the adapter, some white Squadron Putty was set in the remaining seam.

It dries quickly. 400 grit was used to sand to surface. 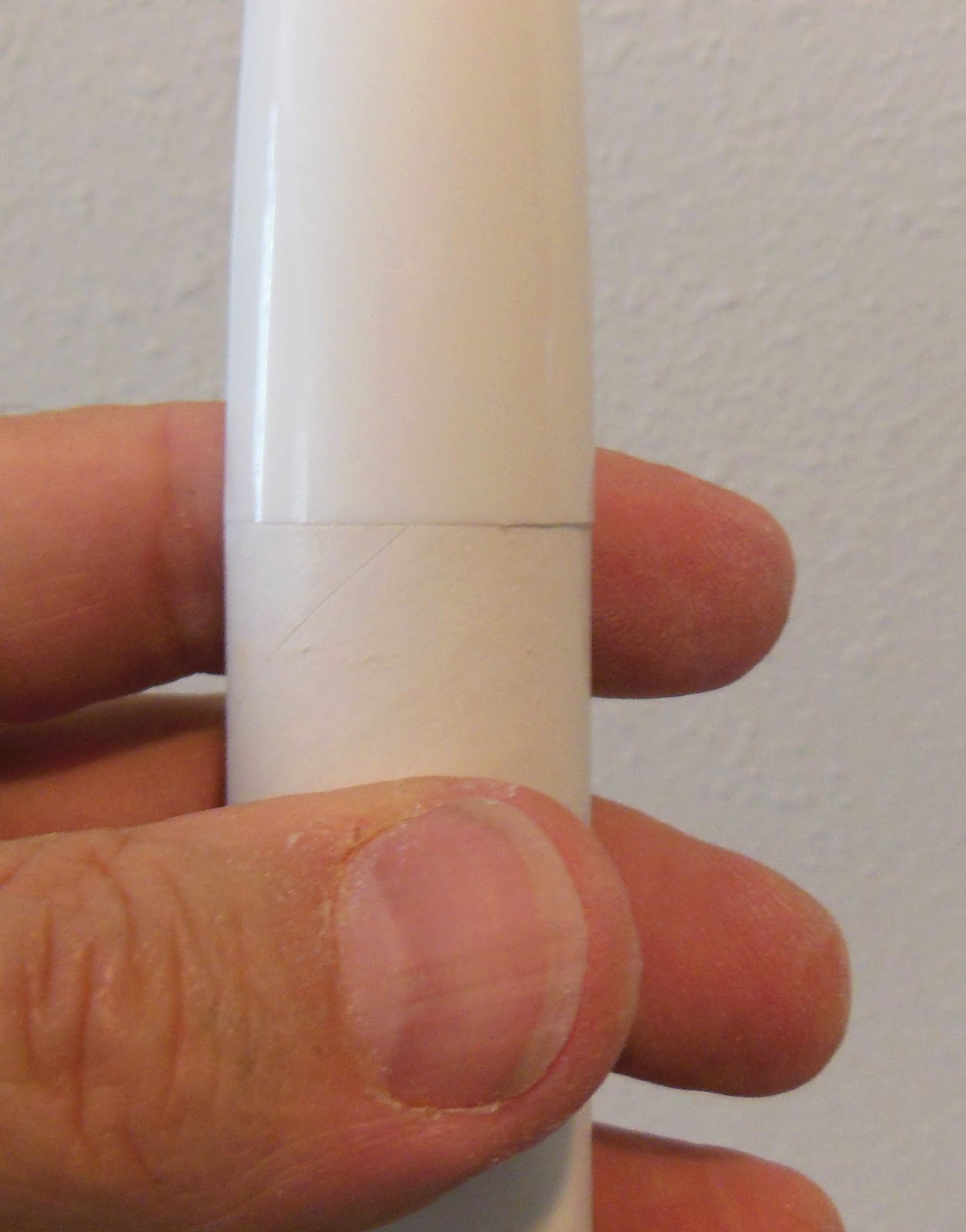 The wall thickness at the base of the nose cone was inconsistent.
In the picture you can see how much thicker the right side is.

220 grit on a block was used to even out the nose cone base wall. 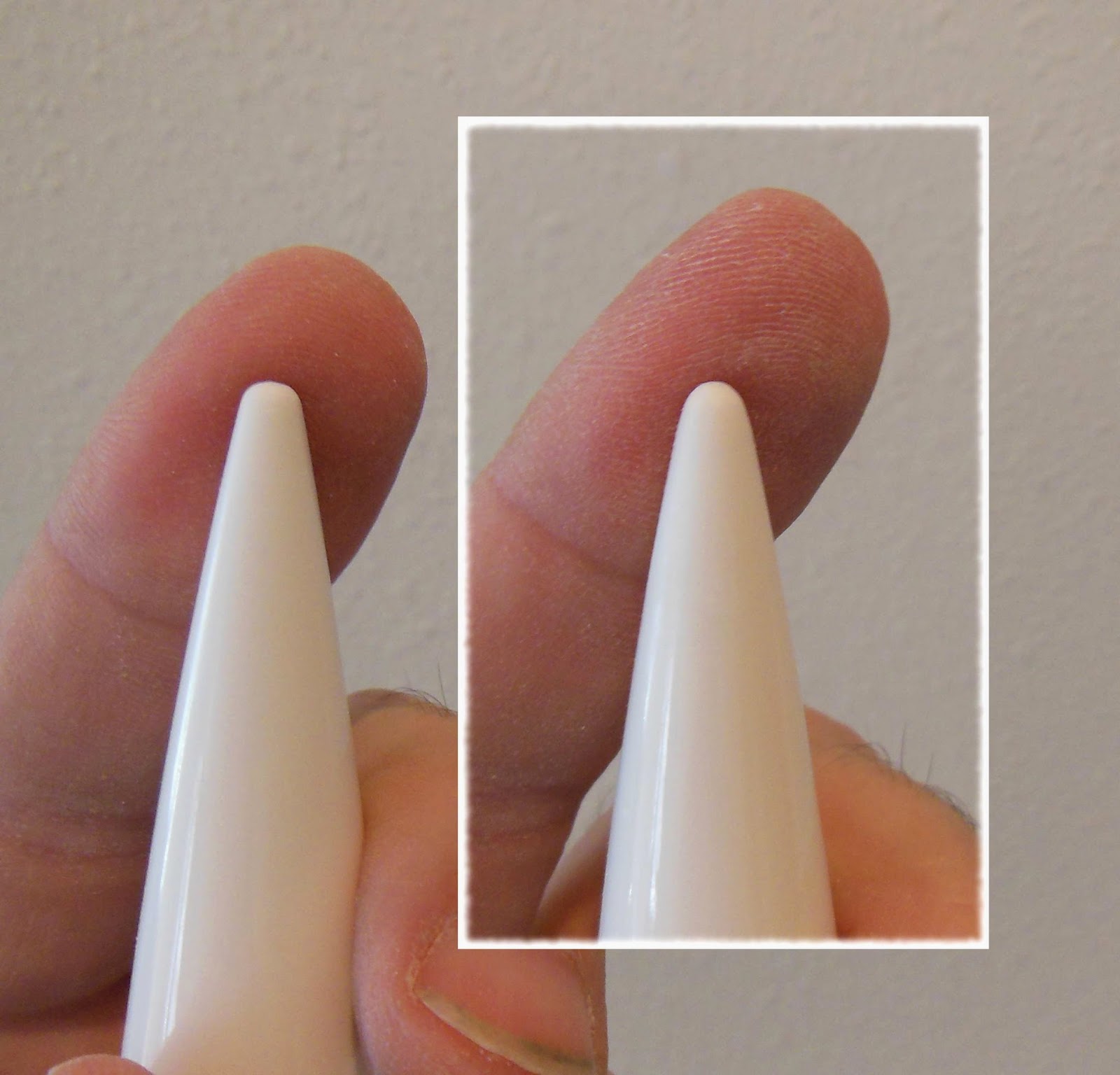 The tip of the nose cone was a little squared off.

On the left is the before.
On the right is the same nose cone tip after rounding. The flow and shape is much better.
Posted by Chris Michielssen at 12:37 AM